I have written on issues at the intersection of egalitarianism and bioethics. For instance, “Perfectionism for Neutralists” examines efforts to remedy shortcomings in Rawls’s theory concerning justice and disability. I argue that if we use—as we should—Sen’s idea of capability to pursue such revision, there are significant theoretical implications for liberal neutrality and state perfectionism.

I have an interest in political philosophical methodology. This is a long-term project in which I will take up Rawls’s insight that there are multiple types of justice, each of which should be worked up from an analysis of the special moral relationship it governs. Rawls focuses on
“the political relationship” between fellow participants in social cooperation. In my view, three other moral relationships—basic, associational, and personal—are of significance for justice, because they involve the collective use of power, albeit non-state power in the latter two cases. I am therefore developing a four-part account of justice, which I hope will yield a broader and more inclusive liberal theory. 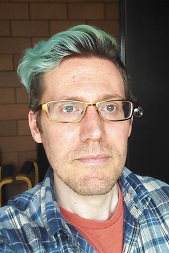